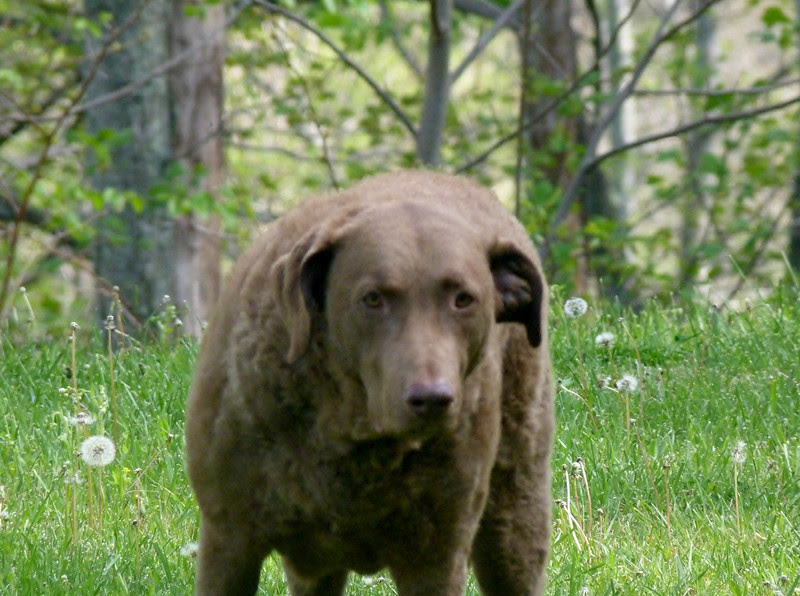 Time to once more to address your questions. 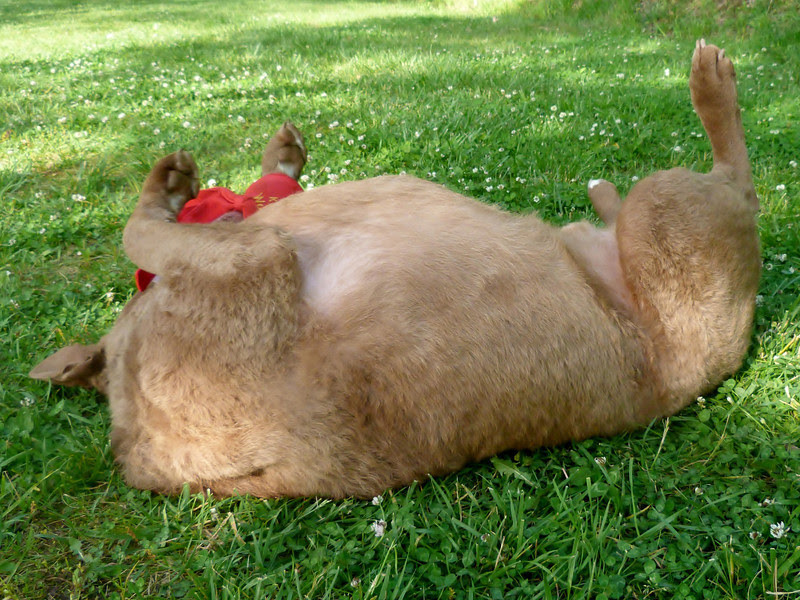 Dawn, from the American Dog Blog, asked if I try to paw the toy out of my mouth while on my back.  Evidently her pups like to do that.  Actually, I just like having something to carry and hold onto most of the time.  Maybe I should try that “pawing” thing sometime.  Could be fun, don’t y’all think? 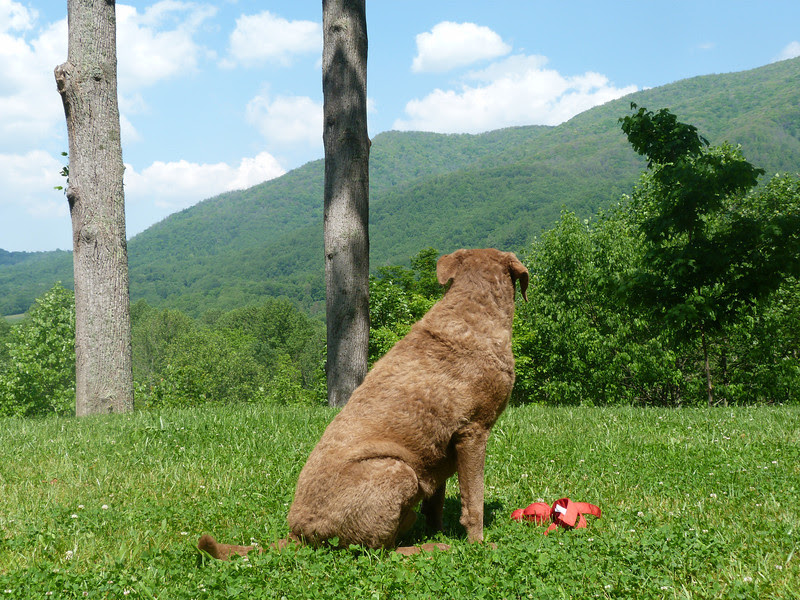 Sorry y’all, I’m afraid the dear folks in Colorado would probably think our mountains are merely hills.  However, I am surrounded by some of the highest peaks in the southeastern U.S.A.. 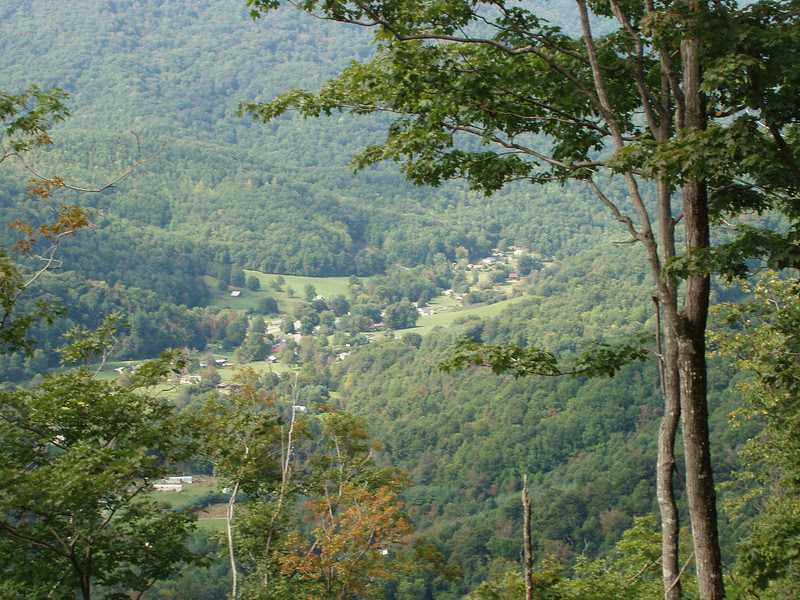 These mountains were formed 300 million years ago by collisions and separations of tectonic plates.  Once part of the Caledonian mountain chain that is located in Scotland and Scandinavia today.  They are the oldest mountain chain in North America. 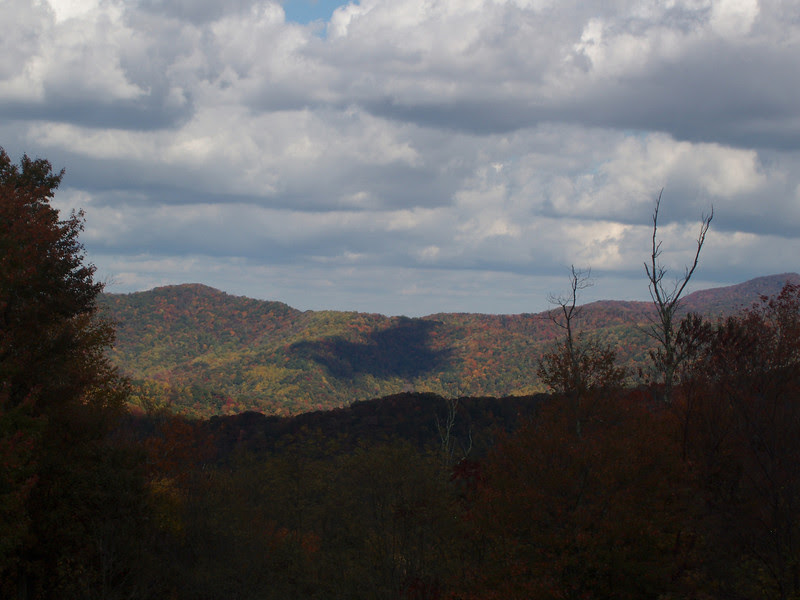 Over the centuries these mountains have undergone erosion.  They are not only complex geologically, but have unique and different habitats.  Our forests are temperate and mixed southern hardwood.  We have a spruce fir forest that grows only in the highest (above 5500 feet) and coldest elevations.  The climate is too harsh there to support the broad leaf hardwoods that grown in the lower regions.  I am in the “lower” regions (below 5500 feet) and look at the highest and coldest.  In the summer barely a day goes by without storms and clouds on these mountains.

We have wildflowers that grow only at the highest elevations, or in certain soils or on a certain slope exposure. 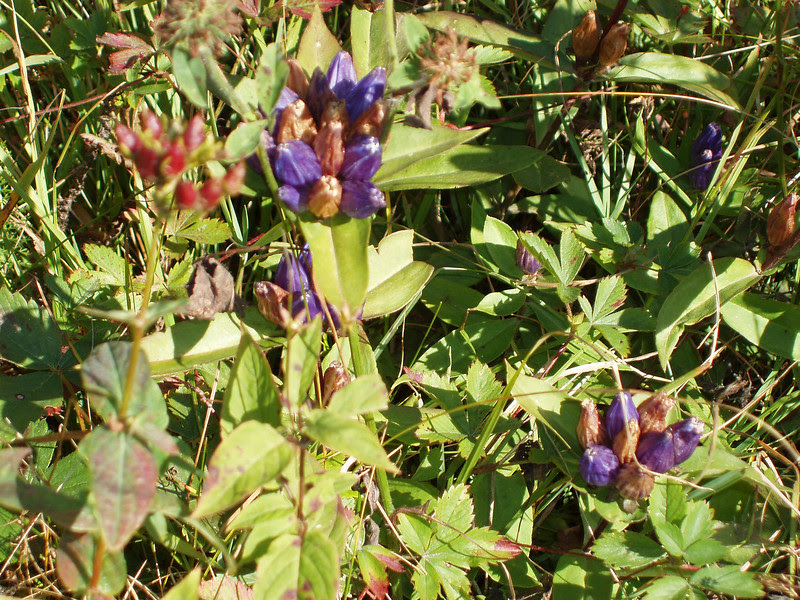 Sadly the balsam woolly adelgid introduced from Europe in the early 20th century has killed most of the mature Fraser fir forest in the southeastern mountains which has caused tragic destruction to the spruce fir ecosystem of the south. 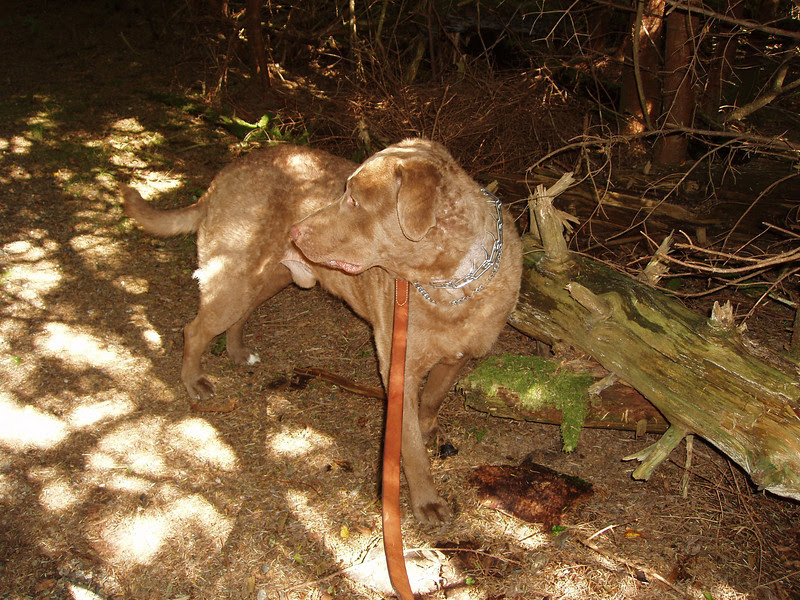 Above the corpse of a dead Fraser Fir.  Dying Fraser Fir forest behind me in the picture below. 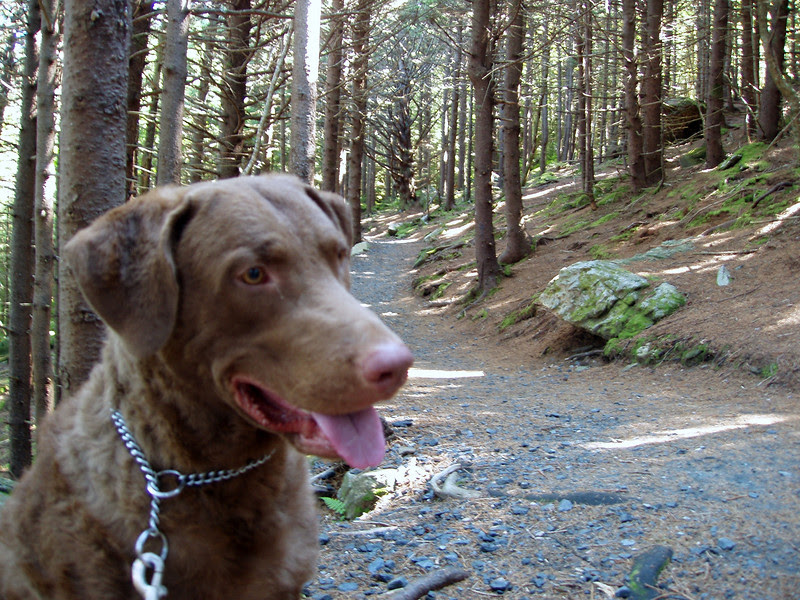 Our mountain range runs from Newfoundland to central Alabama.  The southern part of the mountains begins in North Carolina.  The Blue Ridge runs from Pennsylvania to Georgia and is sometimes referred to as the backbone.  The Great Smoky mountains are part of this region and run from Tennessee to North Carolina.

Below I’m looking across Tennessee. 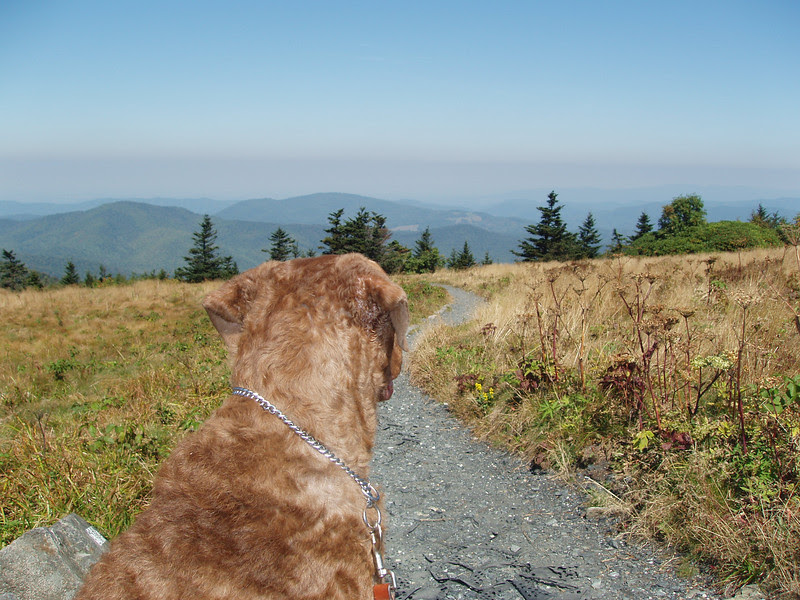 I hope I’ve answered y’all about “my mountains”.  Y’all come back now!